Kahliq, one of the nationals working in my office, has been out for a few days and may be gone for a week. When I asked why, his friends told me that he was going home to his village to be with his family. I asked what village he’s from and they told me he was from Bamyan. Bamyan is familiar to me, because at one time, our company had a Remote Training Center (RTC) in the town.

I had heard that the place was beautiful, but I couldn’t not really imagine what they meant by “beautiful” since this country is so different. So I have turned once again to Wikipedia to answer all of my questions. And Wikipedia, I don’t know how you do it, but once again, you have not disappointed. 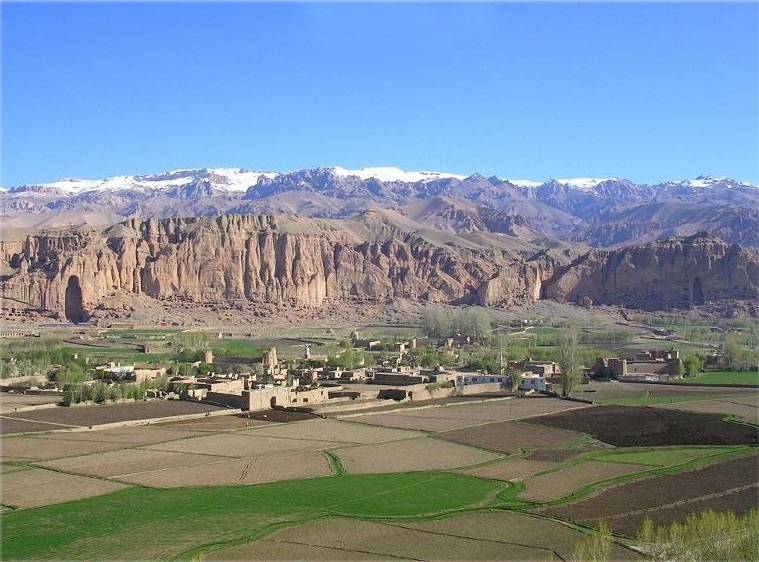 The Bamyan (sometimes spelled 'Bamian') Valley. The tall gaps in the cliff were home to huge carved statues.

This is a picture of Bamyan. I actually said, “You have got to be kidding me,” when I saw this picture come up on the screen.

I want to go to there.

I have not been to Egypt or seen large-scale statues like this before, but Bamyan is famous for the three colossal carvings of the Buddha in the cliff face visible in this picture. Sadly, in 2001, the Taliban destroyed the representations because, suddenly, after 1,500 years of peaceful coexistence, they thought Allah would be offended by the statues. Really Taliban?! You think Allah doesn’t like these statues? Come on guys, admit it, you were just pissed off because the US had just kicked the crap out of you, and like a thwarted bully, you took it out on Buddha. What did Buddha ever do to you? His quest for enlightenment cramping your style? He was all enlightened and stuff and you kicked him to the curb. Oh well, maybe some other peace-loving monks will come along and do some more carving someday. Not likely Taliban! Not likely. Way to go. Way to blow it for the rest of us.

Sorry. I don’t really care for the Taliban. No offense to their religion, but do they have to tear down the Buddha? Or subjugate women? My concerns aren’t in that order of course, but still, this lifestyle can’t be bringing them much joy.

Back to Bamyan. There are caves all over that cliff – as seen in this photo, and Wikipedia informs me that people still live in them, and there are ancient oil paintings on the walls that have been identified as some of the oldest oil paintings in the world. More recently, some of the people who were hiding from the Taliban in those caves, discovered a huge repository of ancient Buddhist manuscripts and artifacts, and the discovery has been compared to the founding of the Dead Sea scrolls by Christians. Given the Buddhist tendency to deny that anything really exists that is “I” or “mine”, their reaction to this discovery was a subdued, “Mmmm?” sound. To each his own. 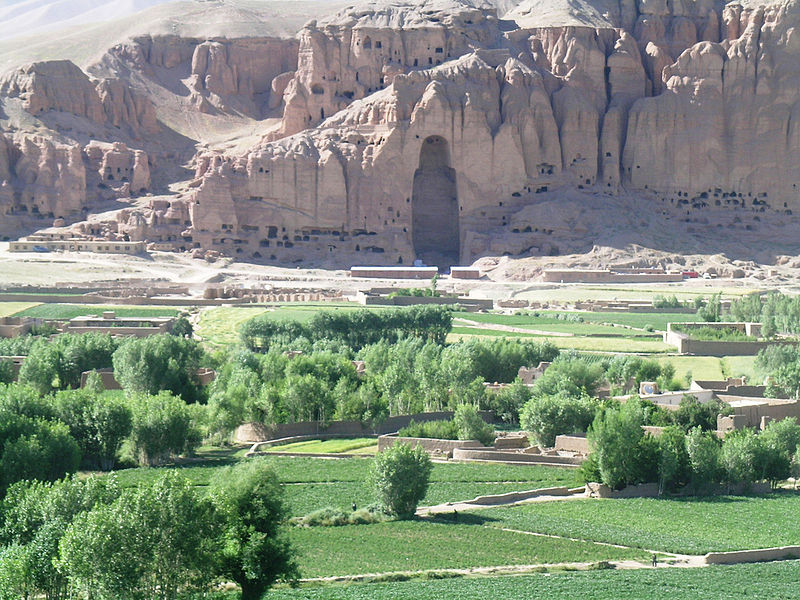 A closer view of the now-empty places where statues of the Buddha were located.

The reason there was such a diversity of people and an influx of Buddhists here is because Bamyan is on the ancient silk route from China to the rest of the world. As an ancient city, it was conquered over and over by dynasty after dynasty, and several made Bamyan their capital because of its location and beauty.

See, now I’m angry! Why? Because I’ll never see this place. I can’t go there without the danger of getting shot by some Taliban member. Again, I don’t care for them very much. Have I made that clear? I really do want to visit, and now that I know that I could probably crash at Khaliq’s place, it makes planning a trip a little easier.