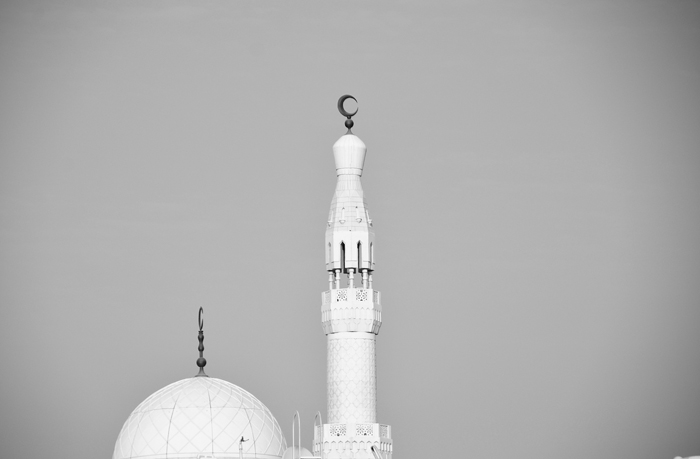 One of the mosques in the city. There are many, and they all look very similar. But this one seemed to be just a little more formal than the others. 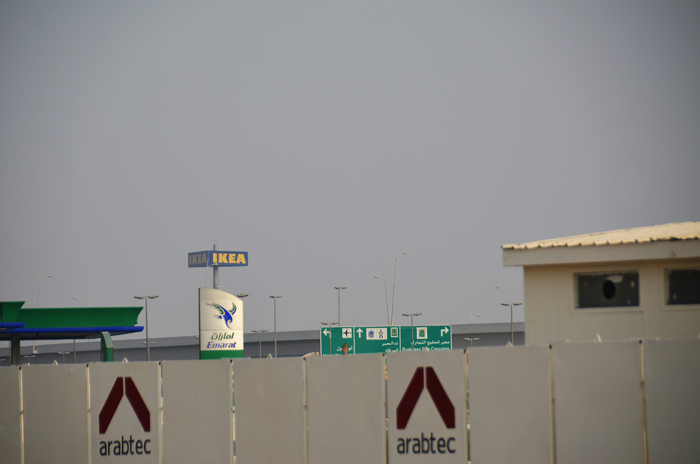 What else could you desire in Dubai other than simplistic and cheap Scandinavian furniture? 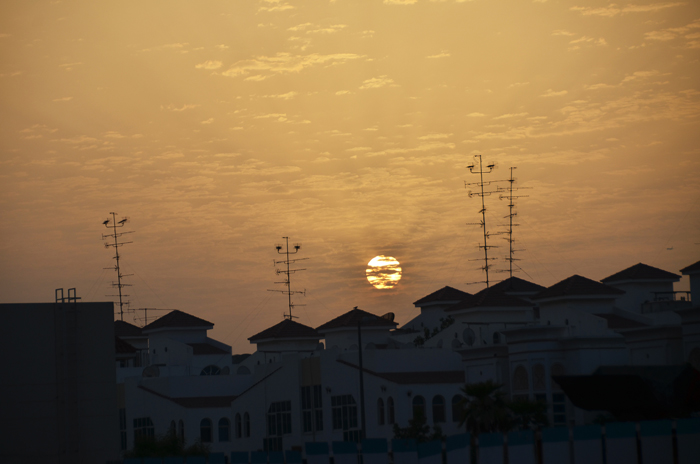 Sunset over a bunch of scenic condos. 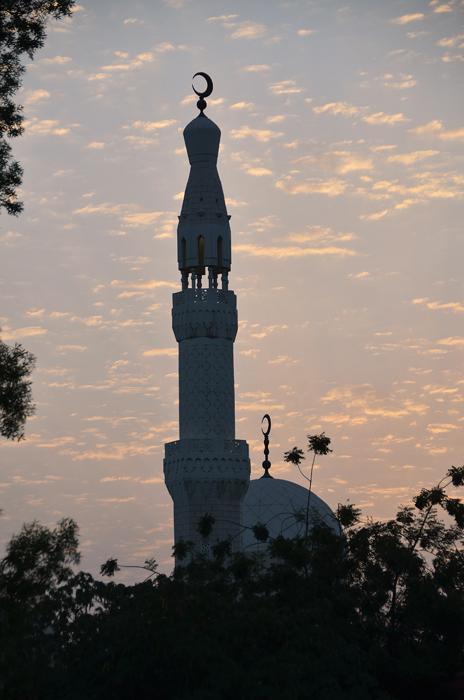 The mosque at sunset. 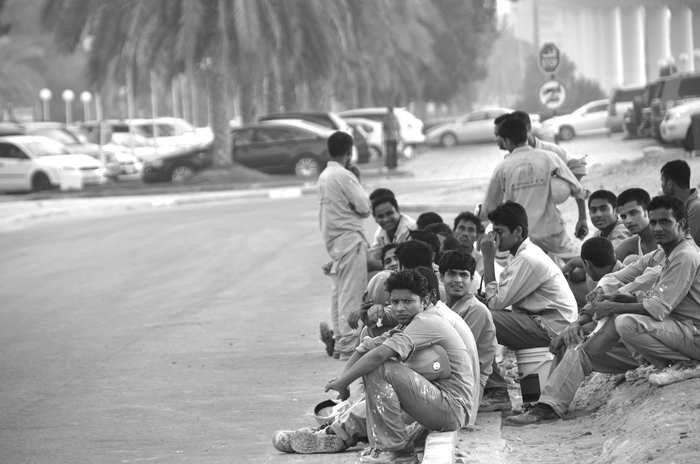 The workers in Dubai don't live in the city - they are ferried from out of town on busses. These guys are waiting for their bus. 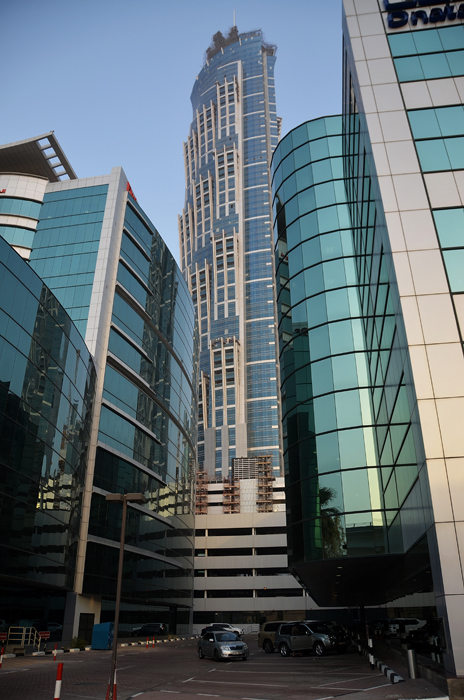 A view of the broomstick building between several other large buildings on the the main drag. 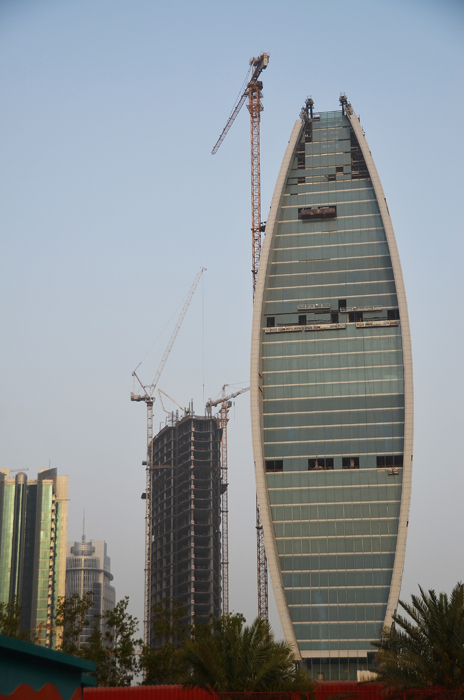 This building's shape would be attained if you took an M&M, cut it in half, then stood one half up and tilted it back a little bit. And yes, there was a store at the Dubai Mall exclusively for Hershey's Chocolate, so maybe this is their new headquarters. It looks very futuristic to me. 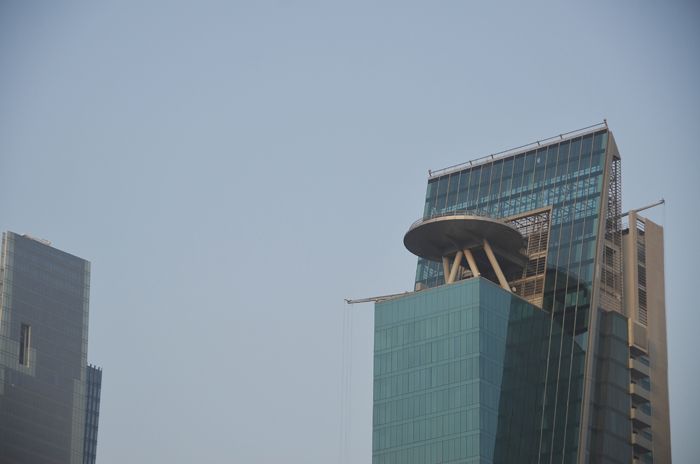 I like the idea of this balcony construct. I hope beyond hope that there is something like a tennis court or drive-in movie theatre up there. 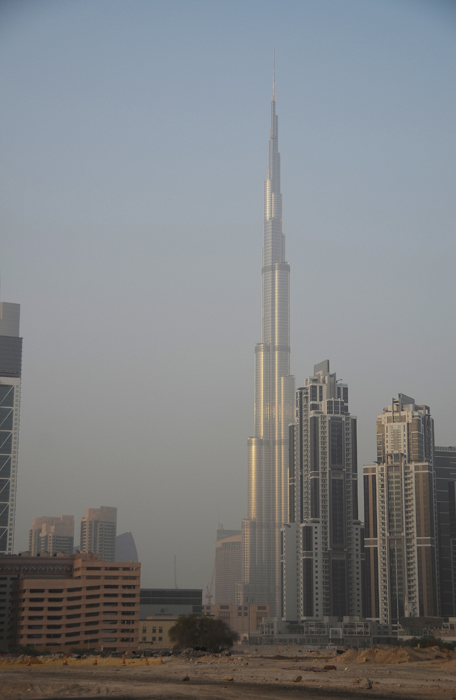 It's very hard to maintain a proper perspective in this town. Those towers in the foreground are a mile from the tower in the background. They are only 30-40 stores, and not nearly a quarter as high as the Kalifa. 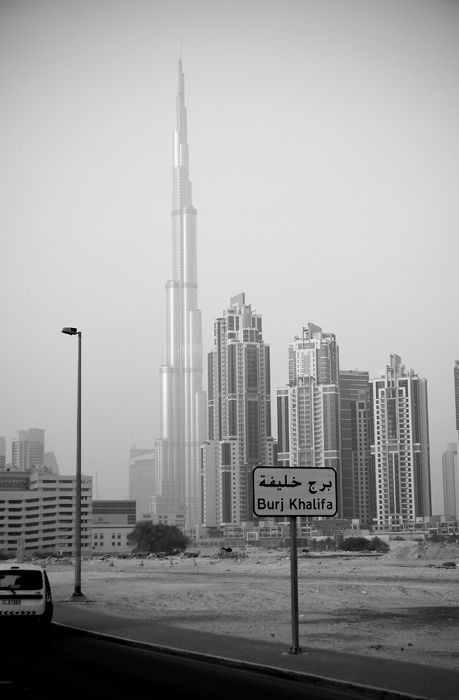 This informative sign in the foreground is a handy reminder of the tallest building in the world.

A close-sup of the midpoint of the Burj Kalifa - the thing seems to be built only of materials that are either, 1. Bright 2. Shiny 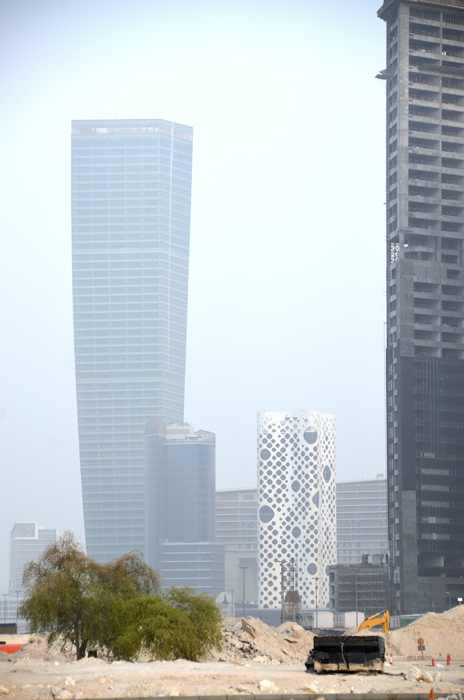 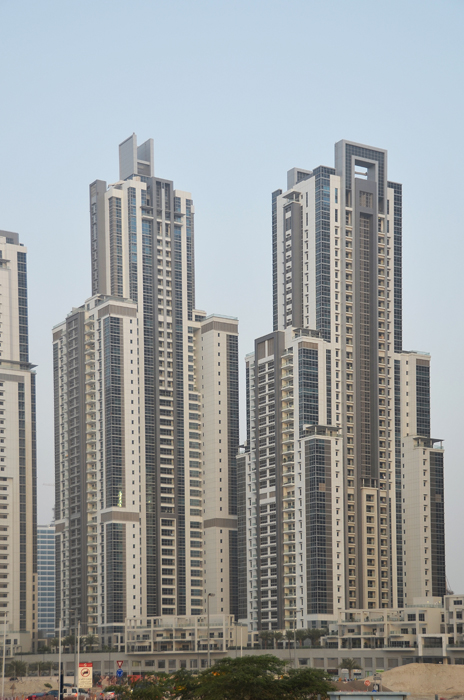 Originally built by two different people, these two buildings were the projects that helped to bring two twin architects separated at birth, back together again. 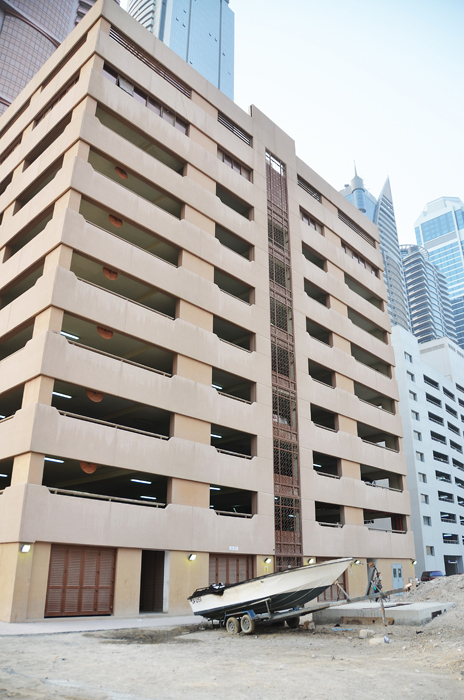 How many people were promised the ability to use their boats at this new job in Dubai, only to realize that the place was a desert? This boat was burned up, which I believe was done out of frustration after hearing that news. 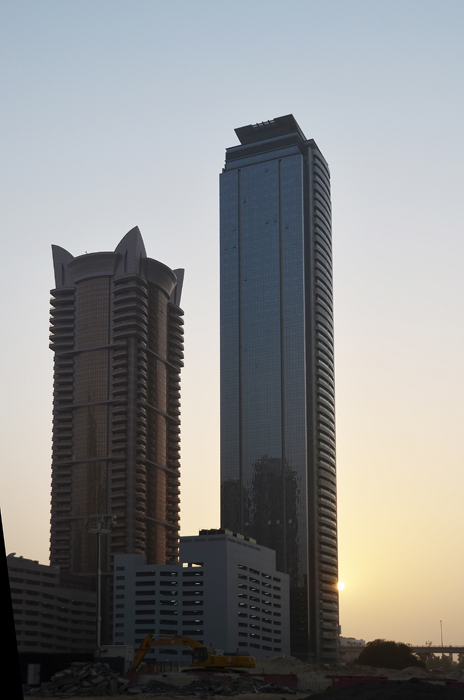 Just getting the sun peeking around one of the large buildings on the strip.

2 Responses to Dubai in Pictures (part 1)