And now for something completely different-er

Following up on my critically acclaimed blog post “And Now For Something Completely Different” I wanted to post a bunch of pictures of my new/old camera. 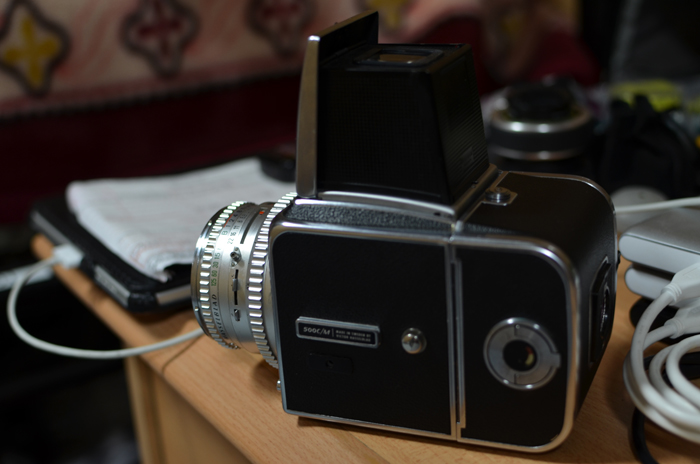 It’s a Hasselblad C/M, Medium Format camera with a 120 film back and 80mm 2.8 C class lens. The lens was made in 1960 and the body and back were made in 1975, so this thing is the same age as I am. I like the juxtaposition of this beautiful piece of mechanical engineering sitting next to three terebyte hard drives with an iPad syncing in the background. 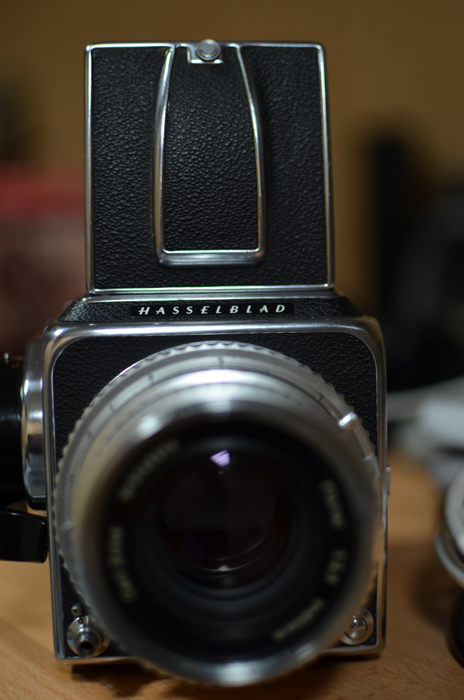 The guy I bought it from sent along about 15 rolls of film, but they are dated from 2005 and 2004, and I’m sure have not been kept cool as they should be. But that was kind of nice as I was able to practice getting film in the camera and taking shots with it in there. 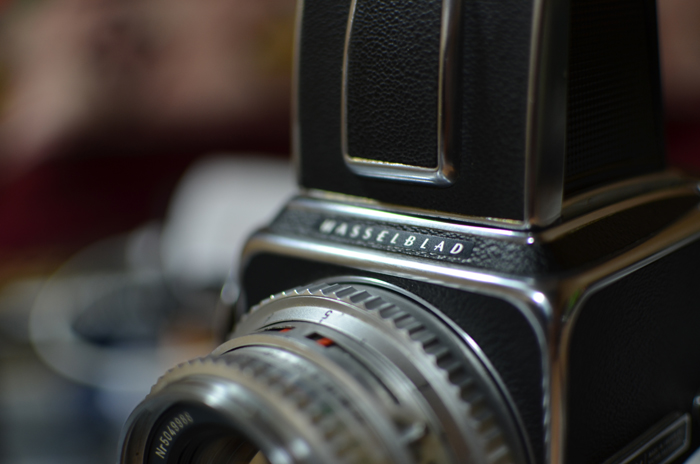 I know that many of my photographer friends have experience with film, but it’s been over 8 years for me since I shot a roll. I’m terrified when I’m shooting this camera! I spend forever composing and focussing and verifying all the things needed to make sure I’m going to get a good exposure. But it’s more of an excitement – like the nervousness I get before I go on stage in a play – and for those of you who know me, you know that I love that feeling and I feed off of it. 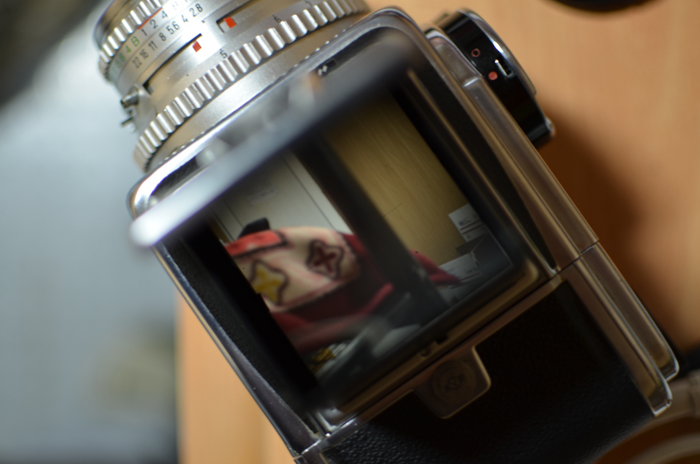 So I shot a couple rolls of color negative film that the guy sent with the camera, using my Nikon D7000 as a meter. But a few days after the camera – I got a little Sekonic meter in the mail along with some fresh rolls of Fuji Velvia 50 slide film. For those of you shooting digital, you may know all about ISO settings, but those who don’t may have seen it at least on the camera, telling you that you are shooting at 100 or 400 or 800 depending on the light available. This slide film is rated at 50 – a rating that no digital camera under $10k can touch. I have high hopes for the slides I’ll get from these rolls of film. 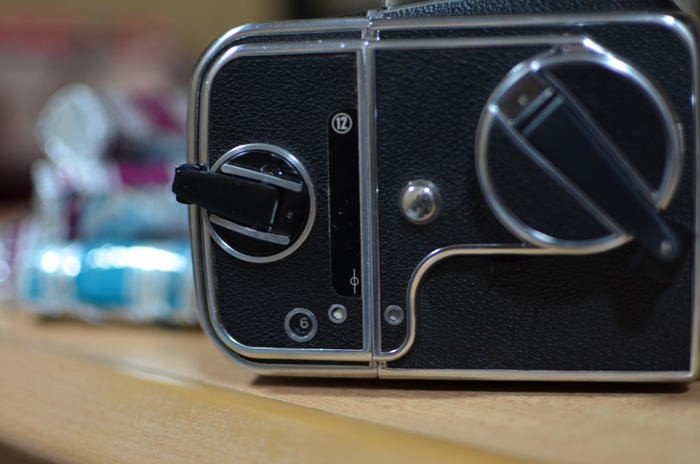 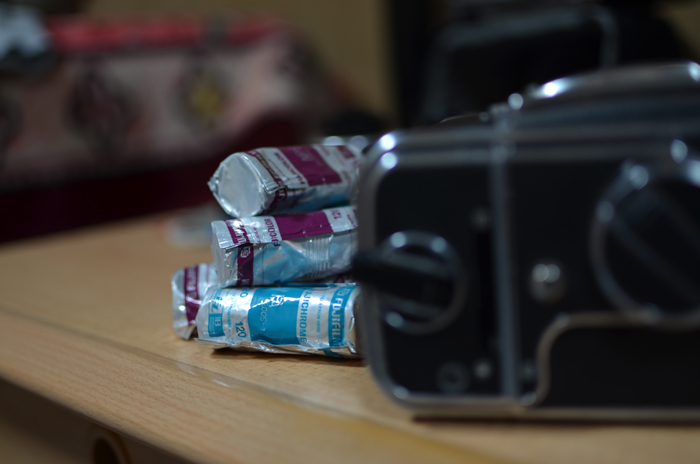 But I’m discouraged by my first roll of Velvia that I shot at the Bazaar that was on camp this last Sunday. I took a lot of the same pictures that I took a month or so ago, but this time with the film camera. It was super fun, and the local merchants were crowding around to look at the camera, wanting to know how old it was and wanting their picture taken. My exposure values were between 11 and 13 in the shady area where the bazaar is held. I used incident and reflective meter readings as I shot portraits and pictures of the goods that were being sold. Carpets and other highly saturated items should really look great on this film. But that is assuming I didn’t ruin it at the end of the roll. 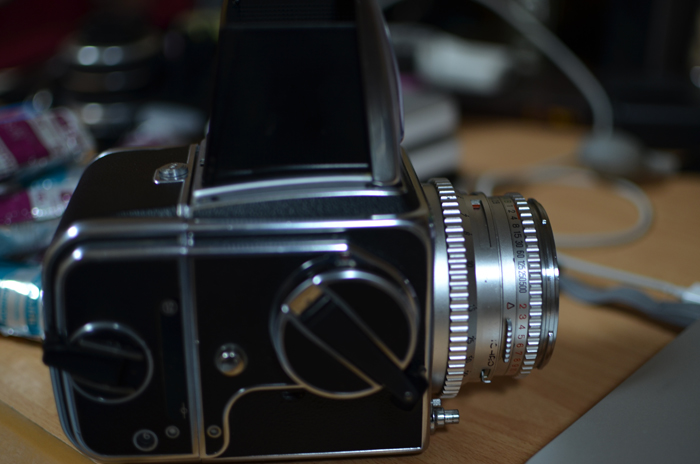 As I finished my first roll (this camera shoots 12 shots on each roll of film,) I knew I was done shooting, but I wanted to have the experience of changing the film in the field, so I sat down, and with a small audience of Afghanis, opened the back and started the change process. All went very well until I pulled the spent roll from its holder. There was tension in the roll that is kept by a spring plate, but when I removed it from the spring plate, the roll unraveled – not completely like a scene from a movie where the back of the camera springs open and the film flies out, but more like a roll of paper that stays rolled tight, but when released, expands a little bit. 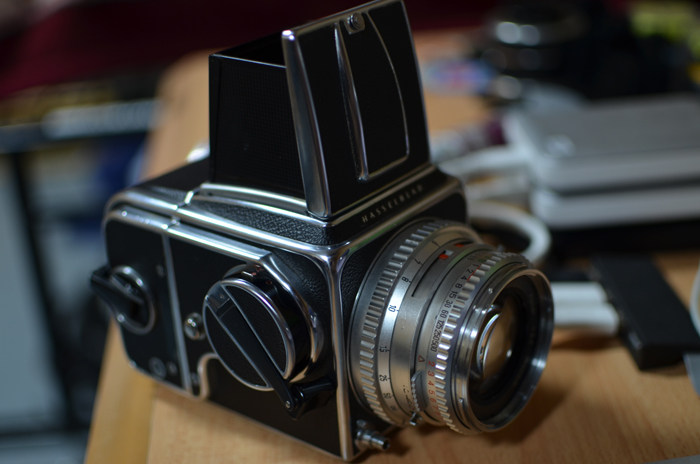 Knowing the sensitivity of this film, I’m worried that I will lose several frames, but it’s a lesson learned, and not too expenseive – each roll is about 4 bucks.

All in all, and my film-shooting friends can excuse me, this thing is a joy to shoot and the excercise is doing exactly what I was hoping – making me a lot more aware of the processes my digital SLR does automatically – driving me to becoming a better shooter with a better understanding of how the complete process works. 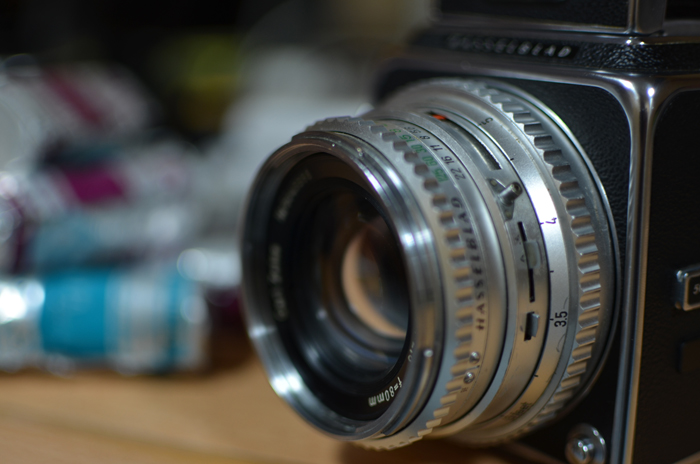 Next is the Epson V750 to scan these slides. Then comes the Leica M3 followed closely by a Toyo CF! Oh, and by the way, in about 9 months when this gets old, all of this will be for sale . . .

﻿
This entry was posted in Mostly Pictures. Bookmark the permalink.

5 Responses to And now for something completely different-er