Here are some more pictures from my outing to the shooting range: 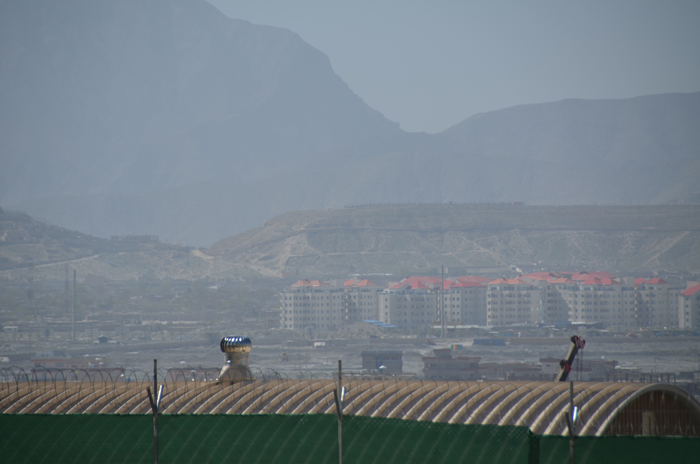 These next three pictures are a pan from left to right, over the top of the ANP camp and looking at “downtown” Kabul. Those apartments are visible from the top of the hill in Gibson and there is some other new construction going on. It’s very hazy and a little tough to see. I snapped these quickly because the ANP patrols near the range had huge signs that said “No Pictures Allowed,” and I wasn’t keen on having my camera taken. 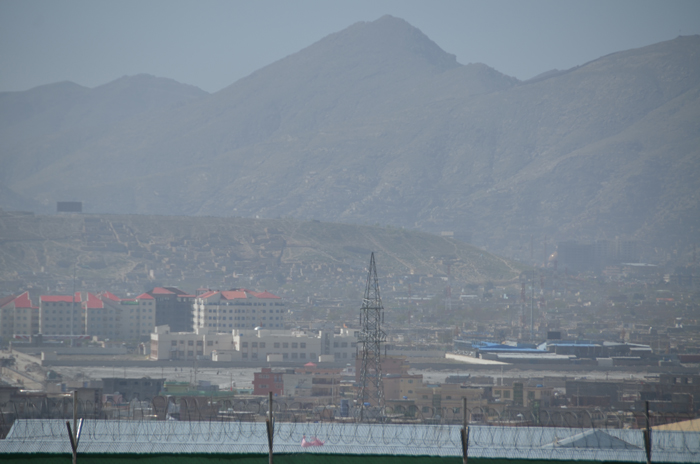 Part three. There really isn’t a lot to see, I know, but this is what the place is like from up on the hill. 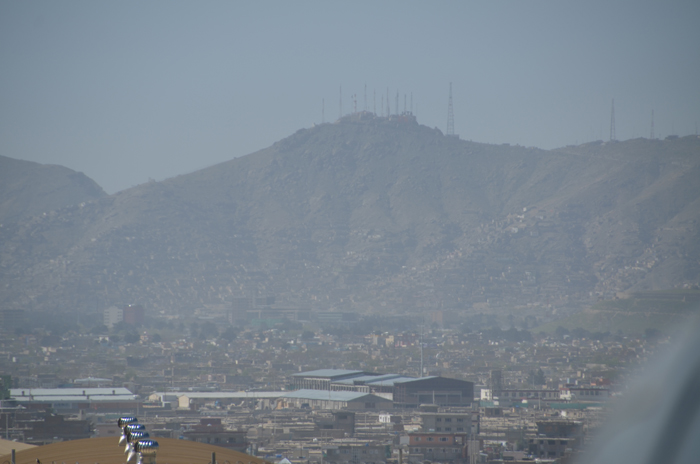 This is the end of that pan, but framing what people call “TV Hill.” That ridge is obviously a broadcast point and it’s one of the most remarkable landmarks in the city. It isn’t on the far side of the city – actually in the middle of the city, so the way there are ridges and hills dividing the town, it reminds me of Phoenix a little bit. Not a lot, but a little. 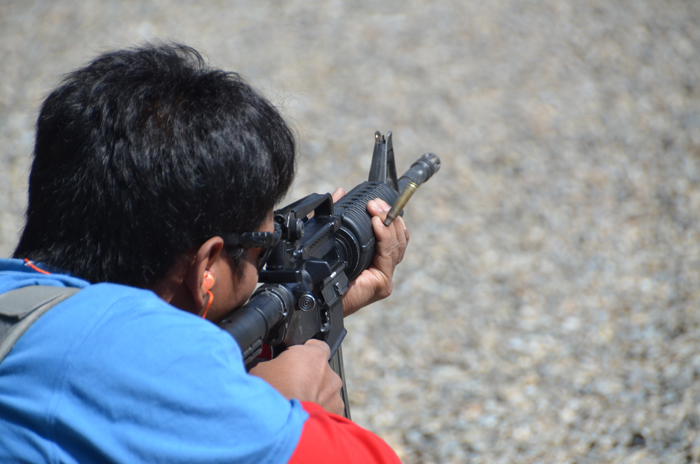 This is a Master Electrician named Flor. He’s from the Philippines and was a dang good shooter despite having never touched a gun before. I like this shot for the casing flying out of the breach. 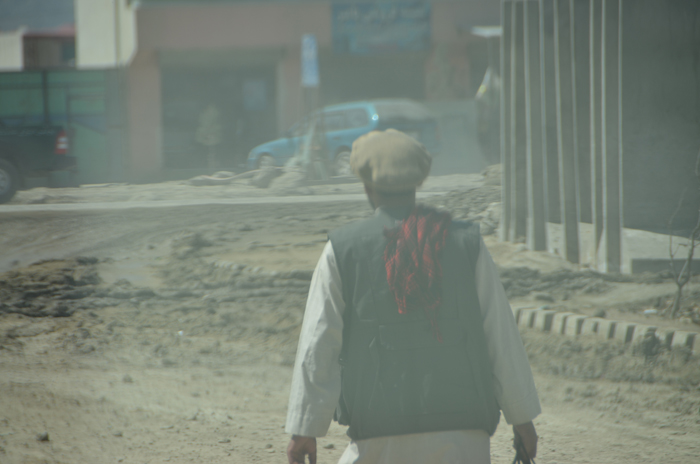 This is one of the locals walking near the intersection of the road that we turned up to get to the range. The intersection was a huge, deep mud puddle, about 50 feet across and as other cars were driving through it, you could see that it was about two feet deep. This guy was walking at his own risk. I would never have turned my back on traffic like that. 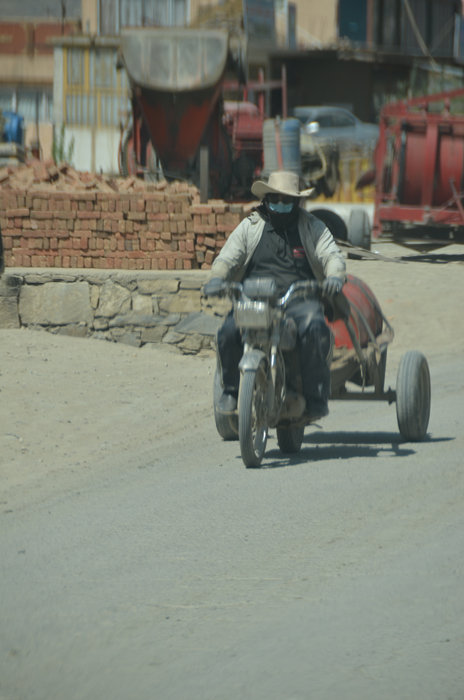 There are a lot of motorcycles on the road down south of camp. We’ve named the road “Wings” which is funny because it is almost undriveable with huge pot holes and piles of rubble. 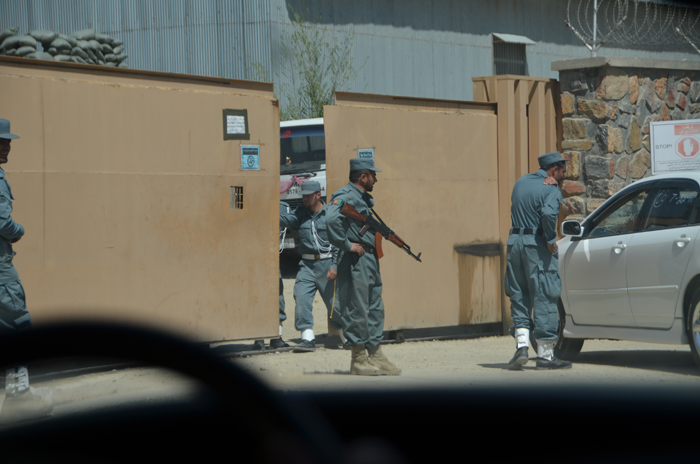 This is a compound near Gibson. ANP uniforms and several guns! This guy’s gun was really nice and clean.

This entry was posted in Uncategorized. Bookmark the permalink.